We regret to inform you that we will be postponing the upcoming “International Nutrition Research Conference (NUTRITION 2020)" scheduled during June 18-20, 2020 at Rome, Italy due to recent developments of the 2019-nCoV situation in Italy.

The event will now be taking place on November 19-21, 2020 at Holiday Inn Rome Aurelia, Rome, Italy.

Due to the disruption caused by the coronavirus across the region we have taken the tough decision to postpone NUTRITION 2020. The decision has been taken in the interests of public safety and to help prevent the spread of the virus.

This decision follows the evolving developments, continuing uncertainty, and global concerns regarding the coronavirus.

If you have any further queries, please write in to us at Secretary2019@magnusmeetings.com 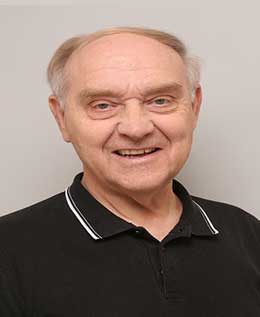 Claude Billeaud received his MD degree from the Medical University of Bordeaux (France) in 1979 after a graduation in human cytogenetics (1976). He then studied pediatrics and has been the Clinical Assistant Director of Bordeaux University in the departments of Pediatrics, Neonatology and Intensive Care since 1983.

He currently serves as a pediatrician in the neonatal unit at the Children’s Hospital of Bordeaux, as a scientific manager of Bordeaux-Marmande human milk bank, as a lecturer and head of research (HDR : Habilitation to direct research) in neonatal nutrition at the Medical University of Bordeaux.

His particular interest in research led him to graduate in Biology and Health (1988, Bordeaux), be awarded a master in statistics applied to clinical research ( 1991, Montreal) and complete a PhD in nutrition and food science (2000, Bordeaux).